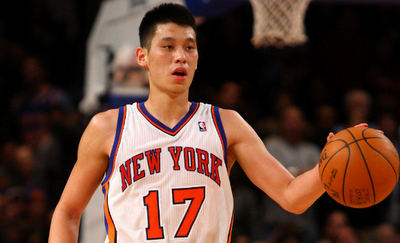 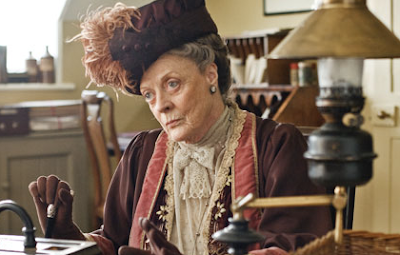 This week's cultural touchstones are pretty much reflected in two topics that invariably arise in conversation: Jeremy Lin and Downton Abbey.

About the first, I will say, bravo mon ami Jeremy, thank you for single-handedly reviving interest in pro basketball and, by expediting an agreement between Time Warner and MSG, basically brokering world peace. Yes, the Knicks lost, finally, but they had to sometime, and thus let some steam out of the balloon. It's been fun, anyway.

And DA: I have not watched it. You heard me. At least yet. I KNOW it's a great show, so don't go lecturing me about how it's Gossip Girl but a hundred years earlier. I will probably get to it on dvd, but it ain't happenin' right now.

Clearly I am among the show's demographic because, to a person, I am asked conspiratorially whether I saw this week's episode. It seems extra saucy to people that it ran at the same time as the Grammys, as if dvr's were never invented. No offense, but who actually watches tv livetime now? I say that with the same certitude folks have toward me and DA. See, I can't even say the whole name it annoys me so much.
I feel like I should make a t-shirt that on the back says

and on the front says:


No, I don't watch
Downton Abbey

but I'm afraid it would only fuel the fire.

Top priority for me? Justified, on FX and dvd. Seeing how Graham Yost and Timothy Olyphant have actually plucked meat from the new Raylan novel, which sings clearly in Elmore Leonard's slangy syntax while seemingly drawing mutually from previous Justified plot lines and characters.


The last episode (3.5) actually went much farther visually than expected with the implications of organ removal on poor Dewey Crowe. But even such ick-inducing scenarios as that, or how Raylan shoots one person (a woman, at that) through another, are treated with dash and humor in this show's hands.