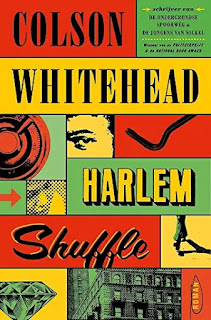 Some notable books I read in 2021, and one documentary:

Harlem Shuffle, Colson Whitehead
Engaging novel about aspiration, hard work, racial inequity, and the weight of family bonds, amid the three-ring circus that is New York.

O Beautiful, Jung Yun
A biting account of an Asian-American journalist who returns to her Plains roots to find a new gold rush, with all its mostly troubling implications. 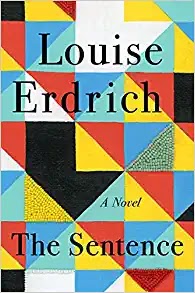 The Sentence, Louise Erdrich
The title has two wildly disparate meanings. Books become a haven, Erdrich has a cameo, and current events are woven throughout.

Intimacies, Katie Kitamura
I wish the title were less romance-novel sounding… about a war crimes trial translator at The Hague, and the complicated and haunting layers therein.

Razorblade Tears, S.A. Cosby
Just when you thought things couldn’t get any crazier for the protagonist, resisting being dragged back into crime, and then… what’s the word? Unputdownable.

Bewilderment, Richard Powers
A tender, heart-achingly poignant portrait of a dad and his special needs/gifted son, and the beauty and cruelty of nature.

Damnation Spring, Ash Davidson
Focusing on a family in a logging town, it addresses tough issues like rights to natural resources and corporate responsibility over profits, which communities everywhere are dealing with
The Final Revival of Opal & Nev, Dawnie Walton
A 70s pop duo’s unlikely and complicated history, leading up to a reunion, told in rich detail and characterization.

The Morning Sun, Karl Ove Knausgaard
He captures daily life and human nature so poetically—both the lovely and ugly. With overlapping story lines and recurring threads of new stars, climate change, the tension between society and nature, and eternal existential questions (though the ending treatise is a bit heavy-handed).

Literary thrillers:
I read these nearly back to back, and could not believe how gripping plots could be which involve authorship and literary proprietariness, nor how “of the moment” they were. Describing plots might spoil things.

Palace of the Drowned, Christine Mangan

Who Is Maud Dixon?, Alexandra Andrews

Making Rumours: The Inside Story of the Classic Fleetwood Mac Album,
Ken Caillat & Steven Stiefel
This was one of my first and most-played albums as a teen, and with Spotify at hand, you can listen to each track as its creation unfolds. Plus, the high drama of Fleetwood Mac.
The Storyteller, Dave Grohl
I guess Dave is as surprised as anyone that this is a best-seller, but an entertaining and (no surprise) friendly read about how a typical kid becomes part of rock legend—twice.

Swan Dive, Georgina Pazcoguin
Lots of surprisingly candid dish about the backstage workings of New York City Ballet, by a current company member who has seen it all.

Get Back, Peter Jackson (documentary on Disney+)
This nine-hour trilogy is so resonant and illuminating that it is impossible to stop thinking about. It brings The Beatles back down to earth from their saintly perches, but without casting villains, and captures some of the studio magic and plain old genius needed to craft a broad and foundational output.
Happy 2022!
Posted by Susan at 11:09 AM No comments: