Murmurs and Rituals at Lincoln Center

Murmurs is a showcase of visual one-liners and sleights-of-hand, sewn together in a loose
narrative that follows a melancholy woman's reluctant move from her home to, seemingly, an institution. Aurélia Thierrée, the star, is from a supremely talented family that includes her mother, Victoria Thierrée Chaplin, who conceived and directed this show. (Aurélia's brother is James Thierrée who has created numerous highly popular nouveau cirque productions, seen in NYC at BAM, that have included marvelous designs by Victoria. And they are descendants of both Charlie Chaplin and Eugene O'Neill.)

Of the burgeoning nouveau cirque genre, Murmurs sits on the quieter, more intimate end of the scale. Several of the skits involve Thierrée manipulating puppets with strings looped through her fingers; my close proximity demanded that I consciously suspend disbelief, which worked about half the time, but it's not as if she's trying for complete illusion. Such scenes included an encounter with a giant bubble wrap monster who nuzzled her nose, and a tipsy drowsy, then frisky, "man" at a table. In a later more successful example, Thierrée sported a zebra-striped feather headdress and tail that evoked a gazelle with delicate flickering ears.


Chaplin's numerous sets features several photographic murals of townhouses reminiscent of Venice. Strategic slits in the vinyl provided slippery exits and entrances. The most intriguing and original set was an ancient wall whose layers peeled off to reveal first a tropical locale complete with little waving palm trees and a removable boat, and then a Roman mosaic that sprouted an arm and hugged Thierrée. Murmurs can refer to this "wall" (mur, in French), or to the whispers that are pretty much the only verbal communication. Sentimental music, such as distant opera, mixes with ambient sound so that despite the dearth of dialogue, the quiet is never overt.


Supporting cast members include the razor-sharp dancer Jaime Martinez, familiar from Parsons Dance Company, who slices through a couple of tango-esque duets with Thierrée, and the lanky Magnus Jakobsson, a rubber-limbed clown whose regard of the main character evolves from peeved mover to enchanted servant. During set changes, the men wear ghostly grey suits and masks which add to the chilling idea that Thierrée was in the process of being committed against her will, culminating in a scene with a bare hospital bed. In a couple of more daring bits that played with aerial suspension, she dangled from a laundry line, and appeared to dance on air. The genuinely surprising ending involved a cat who seemed to be the last inhabitant of a collapsing building. Ushers chased the cat through the aisles; he finally dashed backstage as the rest of the cast took bows. Murmurs was the closest thing to dance at this year's Lincoln Center Festival.

Before Murmurs, I caught Mark Dendy's Ritual Cyclical, part of Lincoln Center Out of Doors, and performed all over Lincoln Center's north plaza. It's difficult to separate the experience of viewing the show from the actual performative elements of the work. That said, some impressions:

While I was away, I read

Summer vacation was pretty unproductive (not counting sweat), but I did get some reading done. A few fiction recs:

The Interestings, by Meg Wolitzer
This novel's title refers to sibling friends of the protagonist, Jules. She is one of a lifelong group of pals who meet at summer camp, an idyll which late in the book morphs into a darker iteration of rural. Jules struggles to define her own modest life as successful and fulfilling by societal norms despite being the shoulder on which all her friends lean. Wolitzer explores the lasting bonds, and sometimes devil's bargain, of close relationships, as well as infatuation, fate, and the seduction of wealth. Wolitzer is a Smith-then-Brown alum, once a guest editor at the old Mademoiselle magazine (which stopped publishing in 2001!?). Engrossing, but takes a bit of investment. 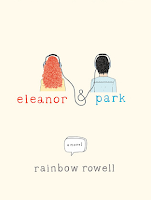 Eleanor and Park, by Rainbow Rowell
This borderline YA novel is a binge read that may seem sweet, but the main character's family situation is heartbreaking and keeps the story grounded. Two unconventional high school kids bond over the power of music in a kind of 1980s Romeo & Juliet. And the ending is not neat, which adds to the book's intrigue. Quirky and quick.

The Engagements, by J. Courtney Sullivan
Several storylines that seem to connect only through the symbol of marriage—diamonds—stealthily weave together in the closing chapters. The introductory story about the copywriter who came up with the tagline "A Diamond Is Forever" binds everything together. The other individual stories are largely bittersweet, lest you think it's treacly romance. Sullivan's witty and her characters are snarky enough to get frequent chuckles, and I'm still marvelling at how she brings it all together. Another Smith grad.

The Son, by Phillipp Meyer
A sprawling history of Texas through several generations of a family. Includes good old-fashioned Native American anecdotes about the practical skills of life (like scalping and hunting) that give the book some exotic grit.

The Dog Stars, by Peter Heller
Life after an apocalypse of sorts. Spare, succinct prose with finely etched characters, but the most gut-wrenching relationship is between a man and his dog.
Posted by Susan at 5:54 PM 1 comment: 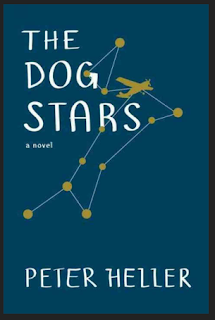 The Dog Stars' protagonist, Hig, has survived a terrible epidemic that has left just a handful of sparsely scattered survivors, all wary of contamination, poaching, and murder, and therefore fully armed and on the defensive. He lives with his dog, Jasper, and another man, Bangley, skilled in battle strategy and armaments, in a makeshift family compound; they banter like an old married couple. Hig has a plane and access to fuel, which gives them knowledge about the fates of nearby survivors and, most importantly, access to an abandoned soft drink truck with a stash of Coke. Eventually, tempted by a stray radio transmission, Hig needs to explore beyond their comfort zone and discovers another pair, a daughter and father, with whom he bonds after nearly getting offed by them.

In this novel, Heller expresses the profound loneliness that comes with the End, but he also elucidates the gifts of surviving, simply, amidst the beauty of nature. Sleeping under the stars, running streams and their habitats of fish, the delightful behavior of baby lambs. And most of all, Hig's inexpressably deep bond with his dog, Jasper, that goes beyond his human relationships. Heller sometimes writes in a clipped style, free of punctuation, but suitably uses language on an as-needed basis, in survival mode. He's also hilarious on occasion. It's hard not to compare this to Cormac McCarthy's The Road, but with The Dog Stars you come away with indelible compassion for Heller's characters, and an appreciation for what life hands you. Riveting, compelling, memorable, and highly recommended.
Posted by Susan at 11:25 AM No comments:


Ken Price (1935—2012) produced work that feels like a guilty pleasure, in part because it's so relatable and appealing. It doesn't make you feel stupid, or shallow, or like you're not in on some great secret. That said, he had his share of quirks and obsessions, but let's face it—coffee mugs, with which he experimented extensively, are pretty easy to connect with. His 2D work is currently on view at The Drawing Center in Ken Price: Slow and Steady Wins the Race, Works on Paper, 1962—2010; a show of his sculpture at the Met Museum.

The drawings, primarily acrylic and ink on paper, have the graphic impact of great album cover designs of yore that might have been translated into highbrow posters. Dense black lines or fields frame neon shapes. Compositions can evoke the woodcuts of Hiroshige—not just the dramatic lava pieces, but the LA interiors with a chair or simple object. His LAscapes include an unexpected note of realism—a convincing pall of sepia smog hovers above the earth; mineral particulate suspended in the air we breath. In several lava pictures, molten rock courses through cooled magma, and spews into the air like a hellish aerosol. Everything is malleable, mutable, and subject to transformation in a moment, and that of course includes us.