Books—Louise Erdrich, The Round House 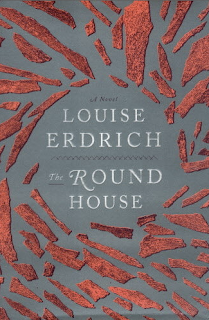 Louise Erdrich is easy to take for granted: she's pigeonholed as the author who writes fiction about contemporary Native Americans, with the privilege of regular pieces in The New Yorker. But The Round House shows why she's nominated for awards and is perpetually on "best of" lists (mine included).

The protagonist in her new novel is the 13-year-old Joe whose life, while very different than, say, a New Yorker's, has a similar banal rhythm, even if it involves finding "grandfathers" (ideal stones) for a sweat lodge or overhearing an elder spin spooky tales in his sleep. The exotic in time becomes familiar, perhaps analogous to being a Native, and an outsider, in the US.

His mother undergoes a traumatic event that he seeks to avenge. It's not just the suspenseful outcome that hooks you, but the casual conversations between friends and family,  the hilarious observations of character. For Joe, the son of a judge and studying catechism with a bodybuilding priest, moral questions become murkier rather than more clear.

Here, a passage where his father cooks dinner:

My father divided the pie into three equal pieces and laid a slab of Blue Bunny vanilla on top of each piece. I got to finish my mother's. She started teasing my father about the stew.
Exactly how old were those turnips?
Older than Joe.
And where did you get that onion?
That's my little secret.
And the meat, roadkill?
Oh god, no. It died in the backyard.

So simple and clean, yet so profound and free of sickly sentiment that can bog down such topics. She treats serious and light subject matter alike with a masterful touch, and discards quotation marks to streamline things further. These small innovations compounded with each page and left me in awe, sad that it was finished.
Posted by Susan at 8:49 AM